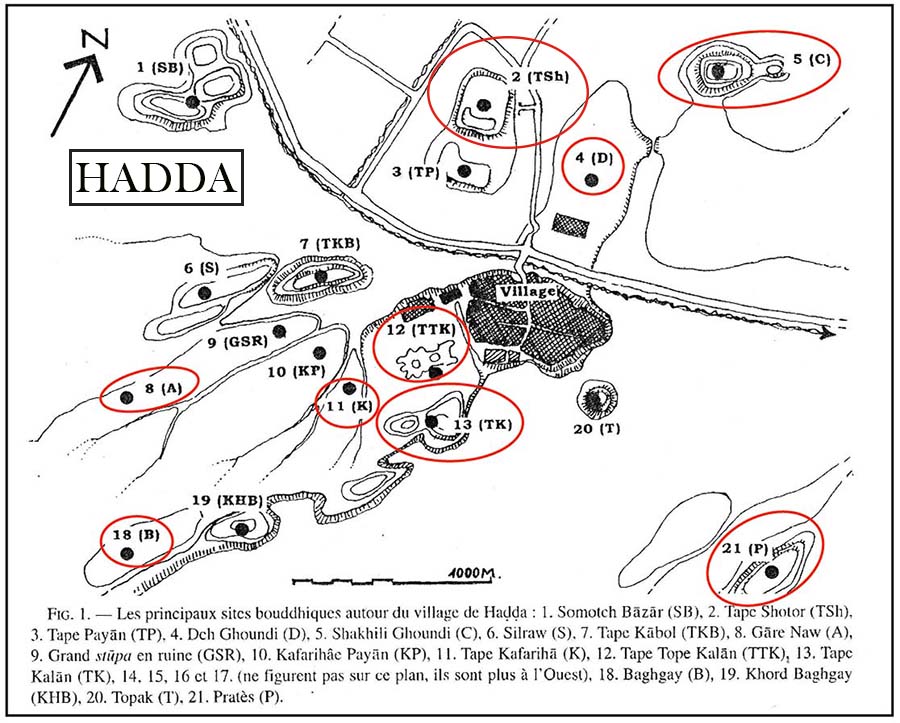 Haḍḍa is the name of a modern village in Afghanistan located twelve kilometres south of the present-day city of Jellālābād, built on the ruins of a small pre-Islamic town on which depended a large Buddhist monastic complex. The oldest remains are dated to the 2nd century CE and the widespread fire that ruined the sites is to be placed at the time of the Muslim rise, around the 9th century CE.

From the 1920s onwards, a dozen monasteries were discovered, seven of which were the subject of major archaeological excavations, containing hundreds of stūpa, dozens of caitya (chapels) and benches adorned with works of art in the Gandharian style: reliefs carved in stone, especially schist and limestone, but above all modelling in stucco and clay as well as paintings.

Among the many works of art found on the Haḍḍa sites, many were shared between the Kabul Museum and the Guimet Museum in Paris. They are now the only material evidence of this monastic complex. The sites excavated by Barthoux were filled in for protection and the site of Tapa-e Shotor and Tapa Tope Kalān, transformed by Tarzi into an in situ museum in the 1970s (Tarzi, 1997), were burnt down and destroyed in 1992 in the context of political tensions under the communist regime.

Map of the geographical situation of the Haḍḍa sites drawn by Prof. Z. Tarzi (Tarzi, 1990) and on Google Earth Satellite Imagery. 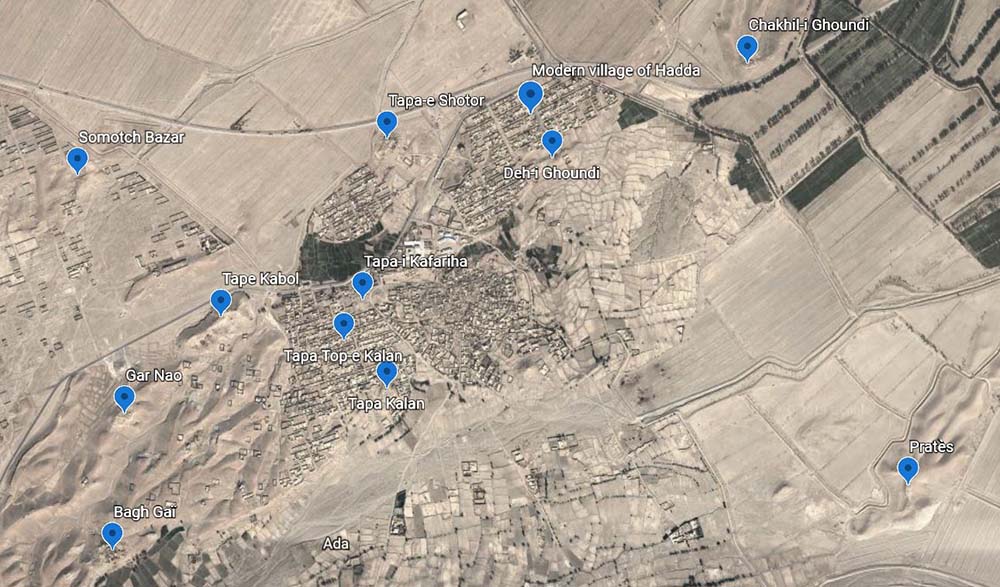